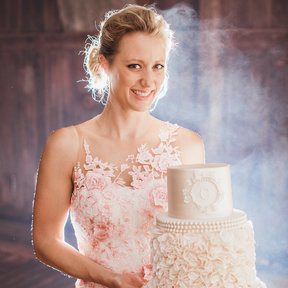 "Caitlin Mitchell is an acclaimed international cake decorator hailing from Australia’s eastern capital, Brisbane. Caitlin is known not only for her innovative and intricate design work but for introducing the impressive, gravity defying Chandelier Cakes to Australia.

With an impressive arsenal of awards, Caitlin’s recent involvement in ACADA's International Cake Show saw her receive the esteemed Haute Couture Cake Design Award for 2018. This was received shortly after Caitlin won the Queensland State Australian Bridal Industry Award for Cake Design, an award she also received in 2015, 2016 and 2017. Most recently Caitlin was announced as ABIA's National winner in Cake Design for 2018, which she also received in 2017"...

My cake decorating journey came at the age of 25 where I attended by first cake decorating class. My passion for the craft quickly saw my hobby turn into a business, A Little Cake Place.

Over the course of my career I have had the privilege of learning from many well-known Australian and International cake decorators such as: Debbie Brown, Carlos Lischetti, Frances McNaughton, John Quoi Hoi, Shayne Greenman, Mary Reid, Alan Dunn, Marion Frost, Mich Turner, Peggy Porschen, Karen Davies, BSG Skill School, Elaine McGregor, Marilyn Hill, Jackie Buckley and Stephen Benison. I have since developed my own personal style of old-world elegance and vintage modernism drawing inspiration from architecture, fashion, art and culture.

“Very rarely does a teacher have the privilege of finding a student who has an abundance of natural talent… an innate drive to become their art and business acumen to match” Mary Reid of Merivale Cakes & Crafts, Toowoomba"

I founded A Little Cake Place in 2012, less than a year after I first started decorating. This was also around the time when I was invited to attend a British Cake-Decorating Tour to further my skills at the British Sugarcraft Guild Skill School. It was here I entered my first international competition piece in the International Cake Expo in Telford. I was awarded a High Commendation for my cake design, which is not common for novice designers. This competition was the same where I went back to receive a Gold Award in 2015.

I am now sharing my knowledge of cake decorating and design locally and online in private and group classes which takes me all over Australia and across oceans. 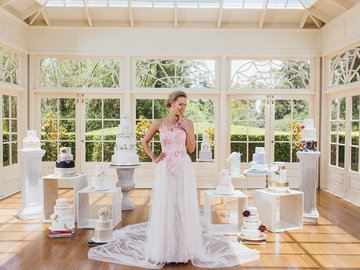 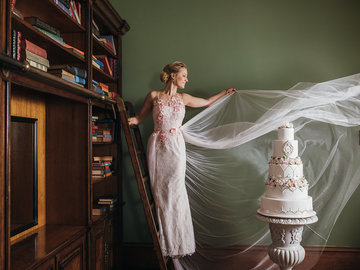 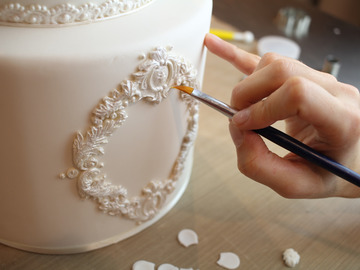 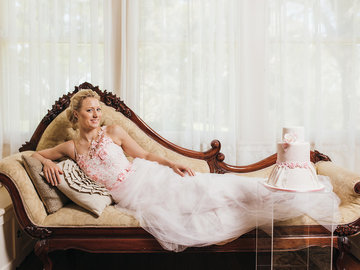 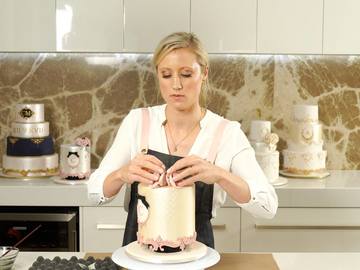 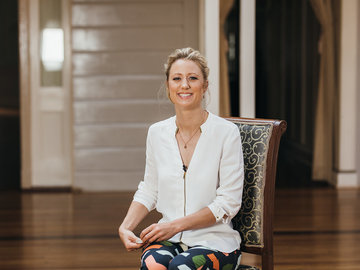