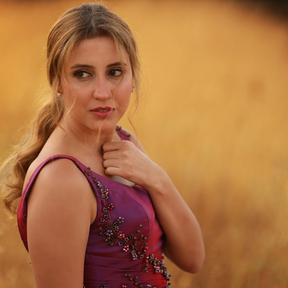 Carmen Tockmaji is a singer, songwriter and an assistant opera teacher at the High Institute of Music in Damascus, where she studied and got her Bachelor of Music. She also got her bachelor of pharmacy science from Damascus University.

She was invited by FOKUS (The Austrian Society for cultural economics and policy studies) to participate in a workshop and conference for a month in Austria alongside 16 performing artists from the whole world.

In 2017 Carmen started her own concert tour in Syria, she did many sold-out concerts in Damascus at the Opera House, Latakia and Homs. She also published her first Original Song in Feb 2020.

The composer Iyad Rimawi started a collaboration with Carmen in 2013. They recorded many songs, such as revealing silence, Pack the bags, Regret, Orchidia Songs and The Recording Room Project. She also was the lead vocalist in Rimawi’s tour in Syria and Dubai.

She participated as a solo vocalist with many Syrian orchestras and bands such as the Symphonic Orchestra, Orpheus Orchestra, Mari orchestra, Nada Orchestra, National Orchestra for Arab Music and Longa Band.

Recorded many children's songs for children TV channels: MBC3, Arabic Disney, Ajyal and Nickelodeon.
As for the future, Carmen is planning to continue to work on her project “The Path” that was first announced in Austria in 2017, preparing to record her first album. 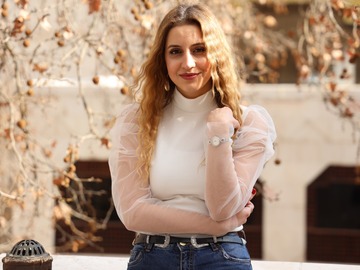