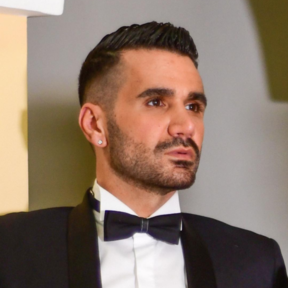 Born in Damascus, Syria with Armenian origins, he started showing musical preferences in music and singing at the early age of four.
He started studying music by learning the violin at the age of six, at Sulhi Al Wadi conservatory. After graduating, he continued his musical studies specializing in opera singing at the High Institute of Music and Performing Arts in Damascus, under the tutelage of Rasha Rizk, Lubana Qintar and Arax Tchekidjian.

He participated in several musical performances inside and outside of Syria.
In 2008 he made his stage debut at the Syrian Opera House performing the role of Ormonte in the Baroque Opera Zenobia under the celebrations of Damascus The Arab Cultural City of that year, he also became a member of the Syrian rock band Anas & Friends.

In 2009 he sang as a backup singer for the renowned singers Marcel Khalife and Charbel Rohana in that same year he joined Al Farah Choir.

Later in 2010 he made his solo first solo performance singing the Argentinean mass Missa Criolla by Ariel Ramirez conducted by the late Victor Babinco and accompanied by the Chamber Choir of the High Institute, in that same year he starred in the Christmas Musical with Al Farah choir.

In 2011 he joined the Latin music band Chili Band and became a member that participates in all of their concerts since then, he also sang the tenor part in Mozart’s infamous Requiem and he starred in Oliver twist the musical by Charles Dickens.

In 2012 he sang Antonino Dvorãk’s Requiem Stabat Mater, conducted by the Maestro Missag Baghboudarian and accompanied by the Students Orchestra of the High Institute.

In 2013 he participated in the international musical 2050 the Future We Want in Geneva, Switzerland being the only Syrian in that musical.

In 2014 he took part in the international TV show with its Arabic version Arabs Got Talent getting the approval of all four celebrity judges. He also released his first single Shou Bitzakkar in that particular year.

In 2015 he participated as a solo singer with the Syrian female Orchestra Mary conducted by Maestro Raad Khalaf. His voice has captured the attention of many music connoisseurs who seek him to add his vocal talent to their work, his vocals were featured in many projects one of which was his notable performances on al Miftah Theme Song a Syrian TV Drama.
y became a part of the cast of Amazing Dubai the Musical where he performed for 8 months in Madinat Theater in Dubai.

In 2019 he released his first international single "Beautiful Mystery" which became number one on iTunes UAE for 24 hours. He also sang at the Premiere of Pavarotti's movie in April 2019, then he sang at the charity event of Bvlgari Hotel, he was also part of the Great Gatsby the immersive experience in Dubai. 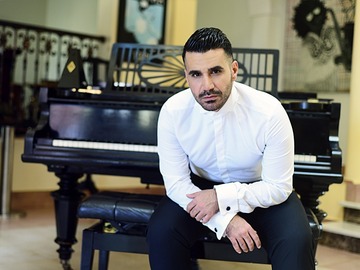 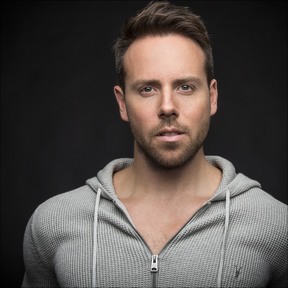 Joseph is great and very talented. Will be working together again.