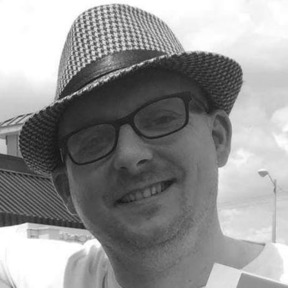 Acting/Directing
I have a great Passion for Acting making music, singing & Film directing . Thanks to a good friend of mine by the name of Sandra Rychlicka , who now works for RT news channel. Sandra could see this potential in me when i had done a little voice over project with her titled the Apple. I have been in short drama movies since that happened, have now got involved with the movie media over in the united states of America , I have recently been helping get a great Movie project mentioned on Radio in the UK, a movie titled Past Due that will be in the process of shooting real soon over in the United States. I got this project mentioned with the help of my good friend Clive G Edwards the DJ from Ridge Radio London, Because of me doing this I have earned a place in the Production team for Past Due the Movie as: Media Relation's Director UK . Screen Writer & Producer Benn Perry was so delighted with my help in getting the movie project talked about over the radio in the uk, he gave me the honour of becoming Media Relations Director UK for the movie Past Due and made me part of the Past Due Family Production team. I was so excited with having this great opportunity I agreed to the role that i had been offered by him and felt really chuffed with it all and now i cant wait to meet up with all the Past Due Family. Also had a fantastic time with Seeking Asylum Director Blaise Christian, cast and crew at Seeking asylum Movie Premiere. Damien L Kage a movie director Contacted me through this Starnow Site who is in the progress of building a great TV series called Case Files he offered me a role in i gladly accepted my role as Jason Blake in the TV series and have been over to Nottingham to do the first part of my TV shoot for Damien and his Team i have also became great friends with Damien and a few of the cast too that i have worked with in this TV Series, Case Files that is coming real soon. Damien has also taken a like to some of my music score tracks that i have been creating he has asked me for permission to use some of my music in his TV Series i was very honoured to be asked this and have gladly passed them over to Damien to use for in the TV Series.
i am now having the honour of Producing my first movie with my co director and writer of a boxing movie called Jessie things are going strength to strength for me in this movie industry right now .

Music
I started singing at a young age in my local social clubs, lots of people would come up to me and comment that i had got such a unique voice and that i should show it elsewhere, so I did just that. I went to a few recording studios in my area, they listened to my voice and were amazed with the unique style that I had. I then progressed to writing songs and making music, it was a great experience for me.I phoned up a recording studio in Wolverhampton England called Sam Sharpes studios and spoke to a man named Lester Samuels, who has been one of Beverly Knights music producers, he then invited me to the studio to record one of my own written tracks. Since then i had recorded there several times and got to know some of the producers artists such as Clive Taylor & Kieth also known by the Name of Spok , Donchez D. A lot of people recording at the studio listened to my potential and said that i should push my songs to radio stations, I had my first radio interview in Wales on a station called Radio Ceredigion with DJ Mark Simon and after that i started performing at a variety of festivals for charity, I found it a great experience and the crowd loved it. That gave me the confidence and inspiration to Write and Produce more & more tracks. I had also got through to the regional finals of rock idol at C.R.C in Redditch in 2007 and have also been a member of a Hip hop music group called : ICONIC which started back in 2010 - 2011, alongside members Jason Kennedy & Jason Jennings we have made several good tracks together. I am now making new dance tunes and film scores and have been getting to know influential people in the Music industry and Movie industry.
TV & Reality
Year : 2001 Been on "YOUNG GIFTED AND BROKE" SKY Channel TV
Year : 2005 Been on "X FACTOR" TV Series.
Things are going great for me at the moment , i have been over to Washington DC in USA and joined the cast and crew at our Movie Premiere of Seeking Asylum, it was a great experience. I met up with ,greeted and became good friends with 2 new Actors, who are Hollywood stars Trae Ireland & David Stevenson also had a great time staying with my good friend Movie Director & Producer Blaise Christian.
Magazine
I had the pleasure of getting an article about me in a Magazine thats been published online from a magazine Agency thats in USA. I want to thank two great people : Danny Zaino & Theresa Zaino who are owners of a magazine entertainment & TV Agency that are based in USA. I cannot thank them enough for putting an article about me in their magazine words can not describe how i feel and i am so privileged also to have them as friends.

Here is the URL link to the Magazine
http://issuu.com/theresazaino/docs/mae_magazine__vol_6/1…
Theresa Zaino is my Hollywood Agent.

Im always supporting ,creating pictures & sharing these peoples work projects links and chatting with these people online over Facebook and on Skype, I cannot wait to go overseas to meet them all soon. Its a great honour to be friends with all these great talented people that I have mentioned and I really do hold a special slot in my heart for everyone of these people.
Also i had the pleasure of appearing in a music video. Negart Records EDM artist : Jack Tingate aka OLSN - Hit the lights music video.

2017 A Movie Company, Blaise Christian
Movie Production in USA,
(Film score soundtrack Produced by CJ Livermore )
for Blaise Christian's new movie titled : "Confessions of a mad man"
film is in the making at the moment.

2016 Department of Film & TV :
"Her2 ",(Short movie) Director Sandra
Rychlicka, Aberystwyth, UK I play the Father of Abby.
Still in the works for 2017.
( Interview talks about Her2 https://youtu.be/cdNMUvYbqho

2011 Department of Film & TV
"Her", I play the Father of Abby (Short movie drama)
.https://youtu.be/pCcjBNRCs4k

I am in a Magazine thats been published online from a magazine Agency that are based in USA.

I Want to thank two great people : Danny Zaino & Theresa Zaino who are owners of a magazine entertainment & TV Agency, I can not thank them enough for putting an article about me in their Magazine,
words can not describe how i feel and i am so privileged also to have them as friends.

Here is the URL link to the Magazine pages:62-63 http://issuu.com/theresazaino/docs/mae_magazine__vol_6/1… 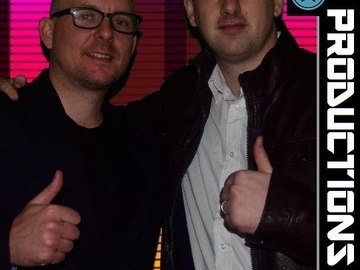